Tobacco is a worldwide problem from which no country or region is an exception.

Because of this and the huge health consequences it has (it is currently the number 1 avoidable death cause in the US) these movements have been working hard to put a stop on it.

Tobacco has become a worldwide problem and there is no sign of stopping any time soon.

The main problem with tobacco these days is that consumption among youngsters of many countries has not diminished.

Despite some efforts being done worldwide like adding severe taxes and displaying a picture of the consequences of tobacco consumption in every package, youth seems to be embracing the old habit.

Some of the consumers list reasons like it being legal and easy to get around the world as the main reasons they took on the habit. Others claim they can´t get rid of the habit that started as a social activity. Whichever is the reason of consumption, tobacco has become a worldwide problem and there is no sign of stopping any time soon. 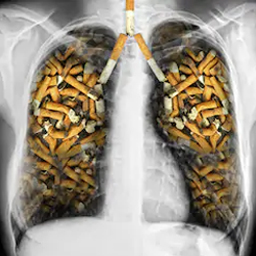 While the best-known one related to smoking is lung cancer.

The most well-known consequence of tobacco consumption is cancer.While the best-known one related to smoking is lung cancer, there are other areas of the body that are deeply affected like larynges and pharynges.

Among the many other consequences you can find loss of taste and smell, osteoporosis, emphysema, heart disease, blockages in blood supply leading to a potential heart attack, hypertension and many others.

One of the biggest worldwide successful and innovative initiatives is The Truth Movement. The basis behind this movement and one of the reasons why it is so successful is because it stays away of hatred and instead empowers people to take action in their own community to change the world.

This movement is not only reduced to tobacco, but all the potential harmful and addictive products being sold to people.

They have not only gotten many people to line up with them and support their portal, they also got to raise awareness about many issues changing the way people think about them.

Life Se Paga Mat Le Yaar is an Indian movement committed to disarm the positive effect that movie scenes have on young people about smoking. They took a movie star to be an ambassador and went through social media, popular radio stations and eventually got mass-media coverage creating a domino effect capable of stopping youngsters from getting the bad habits they see on the screen. The long-term effect of this campaign still continues to this day from its creation in 2011.

Stay Healthy with Sis Loves Me

Sis Loves Me promotes healthy lifestyle with its unique approach to step siblings relations. It’s fantasy series that opened its doors in 2016. It features video fantasy episodes of step sisters and step brothers engaging in some ambiguous actions. Real-life scenarios leading to unexpected intercourse. With over 200 episodes released so far this website is going to keep you busy… and you won’t even think about having a smoke!

The future is still uncertain for most people smoking in the world.

The successful and innovative ways of fighting back seem to be successful only partially while awareness about the big health consequences of smoking are not digging deep enough to have young people worldwide stop smoking.