Due to the high number of people who die due to tobacco-related health complications, the truth campaign was founded to promote anti-smoking among the youths. The truth campaign is funded by the American Legacy Foundation. The campaign was modeled after a previous campaign against tobacco in the state of Florida. In the 1990’s the governor of Florida together with other stakeholders had come up with a teen summit, which was aimed at reducing the number of youths smoking cigarettes.

After the summit, they arrived at four campaign goal to help reduce the smoking habits: 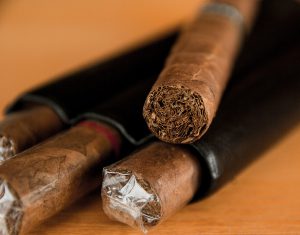 The teens started a ‘truth train’ whereby they went around the state of Florida campaigning against tobacco. The major strategy of this campaign was to portray smoking cigarettes as addictive and the tobacco industry as malicious. They also portrayed them as individuals who were only motivated by the profits without regard to the health of the smokers. To achieve this they used the television advertisements, billboards, and posters.

The truth campaign main strategy is referred to as counter-marketing. After years of research, it was discovered that the youths are aware that tobacco kills and has numerous health effects. However, despite the knowledge, most youths were still smoking since the habit appeared to be cool. Most youths also smoke because it is perceived as a way to rebel towards the society.

As a result, truth has employed direct, hard-hitting messages to touch the emotional center of the youths. Therefore, counter-marketing seeks to expose the real facts behind smoking and the related effects. The avenues used by truth seek to portray the tobacco industry as manipulative and misleading.

In their efforts, they have created successful television commercial ads.  Most of these ads have been very effective because of using real life examples of previous smokers and the effects they live with. An ad for example ‘the singing cowboy’ portrays a man whose lung was collapsed due to smoking. This commercial and others like ‘body bags’, shards O glass amongst others have been very effective in driving the point home on the effects of tobacco.

The campaign has also come up with video games to help engage the teens and drive the message home. One of the most successful online video game was used on ’the sunny side of truth’.  This was used to tackle the campaign from a more relaxed position.

In conclusion, truth has employed numerous strategies to promote anti-smoking. Currently, the ‘finish-it’ campaign is encouraging the youth to be the generation that ends the cigarette smoking habit in the United States.