Smoking is the leading cause of preventable death and disease in the United States and there have been efforts to reduce cases of people smoking.As such,there have been a lot of anti smoking campaigns to work towards eradicating the vice. These campaigns have come in handy since a lot of young people have access to cigarettes. Most people start smoking when they are 14 which lead to addiction.

The campaigns take the form of advertisements on the television, road shows and posters. The approach used by anti smoking campaigns is through having an attractive but forbidden approach. A few foundations have used the youth since they are the largest population smoking.By using the young people,the rest get to identify with them and could influence them to start on their journey of not smoking. 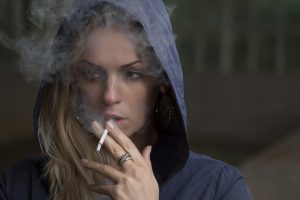 Anti  campaigns have proved to be very helpful, especially since they have prompted people to accept the fact that smoking is harmful and should be avoided by whatever cost.Eventually the perception of smoking being considered cool slowly is fading away and fewer youths are smoking.

Another major impact on the youth is that once they have become self aware and accept that they are addicted;these campaigns take them through the stages of addiction and alternative ways of withdrawing completely from smoking.

Treatmentcenters are easily accessible since people are able to know the available care centers through anti smoking websites.This has helped the youth seek professional help and have been taken through the recovery process.

Attitude has two main components; cognitive and affective components which are the main reasons for attitude change.For example, if an advertisement is on the negative,it stimulates the negative feelings towards smoking. Cognitively, the audience starts thinking about the cost and benefits of smoking. This has led to the decline in youths who are smoking. It has also led to a decline in the number of students in middle school and high school who experiment with cigarettes.

The campaigns have helped more people avoid smoking and have created more jobs in return.Former addicts have been on the frontline to ensure that other people learn from their experiences.This has created a good platform to showcase how rehabilitating one’slife can positively affect other areas of one’s life.

In the year 2012, Center for Disease Control and prevention ran an ad on ‘ Tips from Former Smokers’. A study was done on the effects  that particular ad. Some of the findings that were published in the Medical Journal  The Lancet showed that after the Ad approximately 1.6 million smokers attempted to quit smoking. Out of the ones who attempted to quit, 10,000 individuals managed to quit. This goes to show how dire the nation is to want to quit smoking.

There was a research conducted by Hong Liu and Wei Tan. The research claimed that the exposure to anti-smoking campaign ads had no or little effects on the behavior of the smokers. This could be true if the content of the ads were taken into consideration. Truth should take the findings of this research and collaborate with psychologist to come up with ads that will be more effective in influencing behavior change.