Smoking is a habit that has been done for decades. With new and evolving cases of smoking among American families, the habit has been seen to have a direct relationship as far as personal income is concerned. It’s observed that poor people are likely to smoke more cigarettes than the affluent families.The statistics on smoking have been well documented and this shows the clear the similarities between a person’s income and the rate of smoking. 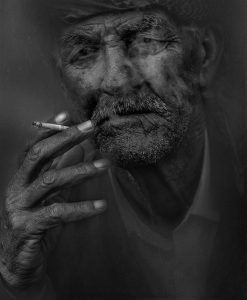 Among the Americans, it’s seen that smoking decreases as income increases. Most of the research found out that at least 41% of the people smoking had the lowest income. This wage gap comparison with the rest of the world and the outcome is similar. The rate at which the people with a lower wage income die therefore becomes higher than the rate at which the affluent people die.

The most affected group

What accounts for this difference

The social difference in the gradient of smoking behavior among the poor and the rich could be attributed to lack of good understanding of causal mechanisms. In Other terms, the smoking environment could be a factor to consider. The youths working in poverty stricken areas are likely to get low income. Such areas that are not restricted when it comes to smoking allows the poor youth and young adult to smoke as they want. Therefore, more restriction is needed when it comes to the working conditions as wells as  working zones.

The smokers in the affluent places receive restriction on smoking. When working, there are strict measures that are put in place as far as smoking is concerned. The selected areas for smoking areas designed for the people with good wage income.

With the high rate of smoking being experienced worldwide, facilities for the control and monitoring of this habit are put in place. These facilities are very expensive and getting knowledge requires extra payment. For those with low income who would have wished to participate in such forum meet financial challenges hence are left vulnerable when it comes to enlightenment. While their counterparts who have good wages find it easy to get into these forums and participate in matters related to smoking. With this difference in economic level, the poor are disadvantaged hence experience high smoking rate.

In conclusion, smoking among the Americans is highly defined by wage gap. The poor and low social class individuals continue to face the problem of smoking due to lack of facilities and high unemployment rate. This has seen the mortality rate of cigarette smoking become high in those individuals with low wages compared to those with high incomes. Creation of excellent working conditions that allow good pay could be a solution towards cessation of smoking.s

PreviousPrevious post: Why Shards O’ Glass is Using a Broken Glass as a Campaign Treat
NextNext post:Impact of Anti-Smoking Campaign