In every campaign, uniqueness sells. Everybody will likely go for something that indicates the information needed in a clear and precise manner. Campaign adds are usually designed to give information and attract masses. The way a campaign ad is designed is directly proportional to its desired outcome.

So what was Shards O’ Glass, Broken Glass meant to do?

The broken glasses  used in this tv advert were designed to send clear information to the American citizens. By using broken Glass illustration, the designer was up to explaining the non-usefulness of a broken glass and how hazardous it can be to the environment and the general human health. If one consumes a piece of a broken glass, you would expect the consequences to be extremely negative. Arnold designed this advert for the following reasons.

Since the tobacco advertising companies had corrupted the American citizens’ minds by eliminating the negative effects brought about by smoking, this triggered Shards O’ Glass advert to come in to give the correct information as it ridiculed the concept advertised by the tobacco companies.  In his view, a sharp  razor like broken glass coated with a sugary consumable product poses danger to the consumer.

He likned the concept to the smoking company advertisers who have the clear information about the health consequences that come as a result of smoking; but instead go ahead to market their products as ‘safe’. The concept therefore was a perfect campaign treat to lure people into understanding the consequences of tobacco smoking.

The broken glass was a better comparison of a killing substance hidden in a consumable product. By comparing foodstuffs that could be advertised on a national tv with a hidden consequence equaled the tobacco smoking adverts that had health consequences but hid them in the product.

To emphasize the information

By using the broken glass technique, the advert managed to clearly state its purpose and this created a better platform for giving information. The advert, which was termed as ‘hilarious truth’ was well understood as the mixture of humor created a mood of understanding.

To reveal the paradox 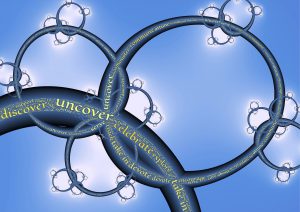 Paradoxes usually contain the opposite information from the reality. It  usually brings out a contradiction with the information that is already known. Since the advert was designed to expose the real information, the use of broken glass was appropriate to show how dangerous smoking was and yet it was hidden in the positive effects of smoking as advertised by the tobacco companies.

Popularity of the Shards O’ Glass

Since this was a popular term in America, using it on an advert created a better understanding for  the people watching. It was easy to relate the information from the broken glass  with the tobacco smoking adverts hence making it hilarious as portrayed in the advert.

In conclusion, using the broken glass technique was beneficial as it offered clarity in the information given.

As a result, it created a better understanding of the said advert. During such campaigns, we can observe that by using a tool that everybody relates to creates an advert that is easily understood and thus message received.

PreviousPrevious post: The Perception of Youths towards Anti-Smoking Campaign
NextNext post:Relationship Between Smoking And Wage Gap